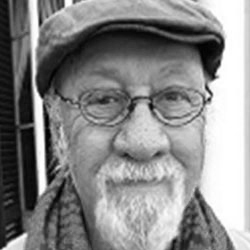 Allan is author of over 200 articles, chapters, and books on consciousness and the brain, including Conscious Explained Better: Towards an Integral Understanding of the Multifaceted Nature of Consciousness; The Radiance of Being: Understanding the Grand Integral Vision; Living the Integral Live, winner of the best-book award of the Scientific and Medical Network of the UK, with a foreword by Ken Wilber; Synchronicity: Through the Eyes of Science, Myth, and the Trickster, with Mark Holland; and Thomas Berry, Dreamer of the Earth, edited with Ervin Laszlo; and others.

Professor Combs is the founder of the Society for Consciousness Studies and co-founder of The Society for Chaos Theory in Psychology and the Life Sciences, a member of The General Evolution Research Group, the Integral Institute, and the one-hundred member Club of Budapest. He is Co-Editor of the Journal of Conscious Evolution, Associate Editor of Dynamical Psychology, and serves on a variety of Editorial Boards.

Allan was the winner of the 2002-2003 National Teaching Award of the Association of Graduate Liberal Studies, and in the same year the held the UNCA Honorary Ruth and Leon Feldman Professorship.


You can email Dr Allan L Combs, at Leslie.allan.combs@Gmail.com