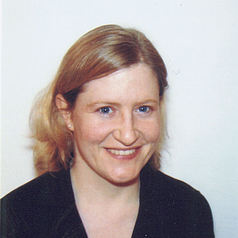 Dr. Stroschein's research examines the politics of ethnicity in democratic and democratising states, especially democratic processes in states with mixed ethnic or religious populations. She has published articles in Perspectives on Politics, Party Politics, Nations and Nationalism, Political Science Quarterly, Europe-Asia Studies, and Ethnopolitics, as well as other journals. Description of and podcast on her current project funded by the ISRF, on local politics in ethnic enclaves.

She authored the monograph  Ethnic Struggle, Coexistence, and Democratization in Eastern Europe, Cambridge University Press, July 2012, paperback version May 2014.  Recipient of 1) honorable mention for the International Studies Association’s (ISA) section on Ethnicity, Nationalism, and Migration Studies, Distinguished Book Award, 2014, and 2) honorable mention for the 2013 Joseph Rothschild Book Prize, Association of the Study of Nationalities (ASN). The  book uses event analysis to show how contention helped forge common rules and institutions during the democratic transition in these mixed states – where minority Hungarians and ethnic majorities disagree on language policy, local government / public administration structure, and public symbols. The event analysis for the book and much of her other work relies on non-English sources, and she speaks a number of European languages.

She is also the editor of the volume  Governance in Ethnically Mixed Cities (London / New York: Routledge, 2007, paprback edition 2016). Previously a special issue of Ethnopolitics 6, no. 2, 2007. As part of the project she authored the introduction, "Politics is Local: Ethnoreligious Dynamics under the Microscope."

Dr. Stroschein is a member of the Executive Committee of the Association for the Study of Nationalities, and was the Programme Chair of the association's annual conference in New York from 2006-12. She has been the Associate Editor of the journal Problems of Post-Communism since 2012, and was one of the editorial team members for the Journal of International Relations and Development for 2008-2011. She has reviewed manuscripts for a number of journals and book publishers, as well as for applications for promotion and grant awards.


You can email Dr Sherrill Stroschein, at s.stroschein@ucl.ac.uk